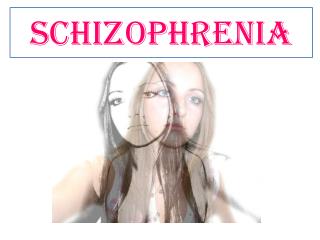 Schizophrenia. Clinical Characteristics (Symptoms). Explanations – Biological vs Psychological. Nature vs Nurture. Diathesis Stress Model. No-one believes Schizophrenia is completely caused by either genes or the environment. There must be an INTERACTION between the two. Schizophrenia - . chapter 14. psychosis. psychosis is a state defined by a loss of contact with reality the ability to

Treatments for Schizophrenia and Other Severe Mental Disorders - . chapter 15. how is schizophrenia treated?. for much of