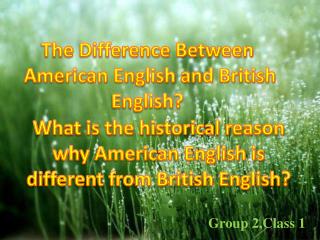 The Origins and Development of the English Language Chapter 4: The Backgrounds of English - . john algeo and thomas pyles