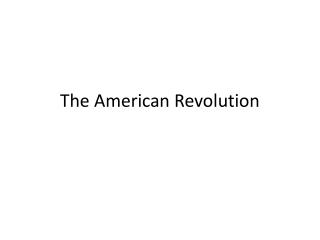 The American Revolution. Patriots. American colonists who were determined to fight the British until American independence was won. Loyalists (Tories). Colonists who chose to side with the British Did not think unfair taxes were a good reason for rebellion