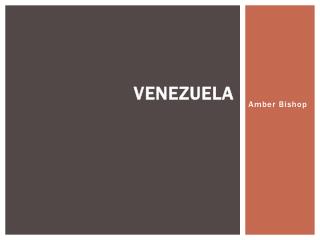 Venezuela . Amber Bishop. Location. Is located in the northern coast of South America. Latitude and Longitude: 8 degrees north and 66 degrees west. Climate. There is many variations in the climate.