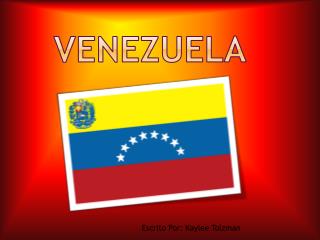 Venezuela. Escrito Por: Kaylee Tolzman. Capital and population. The capital of Venezuela is Caracas. Some of the nearby cities are Barcelona, Maracay, and La Guairá . . The population of Venezuela, that was last recorded in June 2010, was 27,223,228. . Caracas. Major Exports.