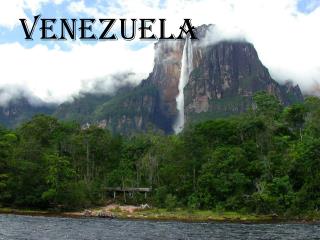 Venezuela. Bordered by Colombia, Brazil, and Guyana Capital of Caracas The land area is slightly more than twice that of California. Population of about 27 million (about 912, 050 km 2 ) Major religion is Catholicism (96%)