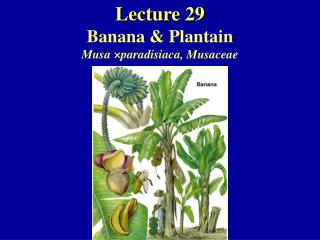 Lecture 29 Banana & Plantain Musa × paradisiaca, Musaceae The plant is a gigantic herb basically consisting of a pseudostem made up of leaf sheaths with an inflorescence pushing through the sheaths.