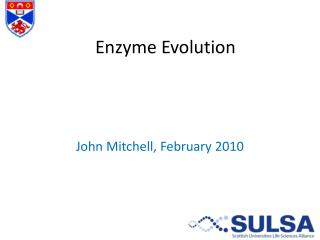 Enzyme Catalysis - . please turn in your take-home part for midterm 1 before class i will hand back in-class exams at the

Enzyme Assay - . using a standard curve to determine the concentration of enzyme in an unknown sample. examples of

Enzyme Structure and Function - . protein catalysts. enzymes are catalysts. this means that enzymes help speed up

Enzyme Structure &amp; Function - . alcohol dehydrogenase. big questions:. how do enzymes work? how do the shapes of

Evolution at the Molecular Level - . outline. evolution of genomes review of various types and effects of mutations how

Evolution of Lactase Persistence in Humans - . take notes on your quiz while we discuss. humans become