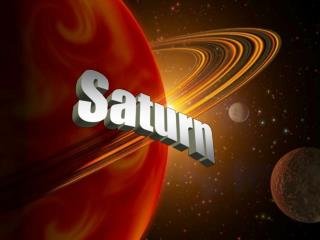 Saturn. How did Saturn get its name?. Saturn was named after the Romans god of agricultural, the counterpart of the Greek god Kronos, the god of time. Surface gravity. Metric: 10.4* m/s English: 34.3 ft/s SATURN - . by:brandon. what saturn looks like. it’s a big planet and it haves a ring around it and sometimes it turns