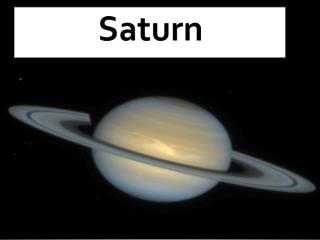 SATURN - . saturn has 31 moons sautrn is hazy and yellow and it is the sixth planet from the sun saturn is 1427 millon