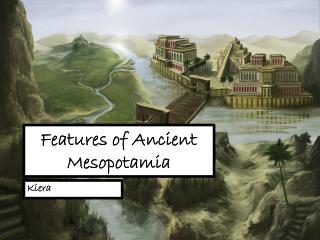 Practice Test - . world history ap #2. which of the following correctly matches the river with the civilization that

Goal: 1.Students will REVIEW the 8 basic FEATURES that make up civilizations . - Do now: complete your 8 basic