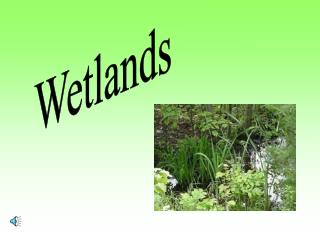 4/10 Warm Up in Notebook - . draw you own pyramid – include: organisms energy in kcal numbers biomass (kg). 1. borneo

Advanced Water Purification Facility - . why is it important to recycle water?. microfiltratration. describe the process.

A Habit of Reviewing - . habitat and environment review. by: gabrielle. critter habitats. where are alligators found? dry

Introduction to Wetlands “Hawai’i’s Wetland Ecosystems” - . topics we’ll cover. what is a wetland? what are the