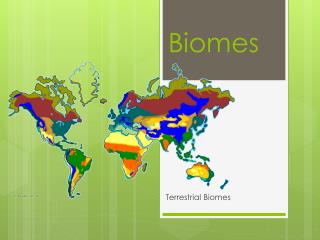 Biomes. Terrestrial Biomes. What is a Biome ?. A biome is a large geographical area of distinctive plant and animal groups adapted to that particular environment. The climate and geography of a region determines what type of biome can exist in that region .