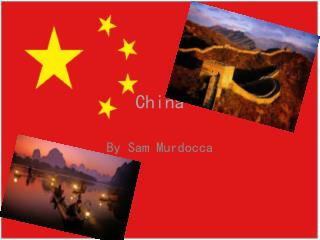 China. By Sam Murdocca. How big and where is China?. China covers 5,026 of the east Asian landmass. It is the third largest country in the world.