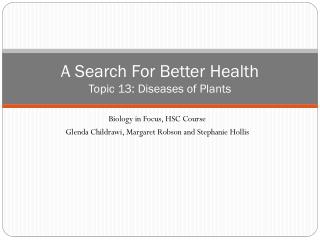 A Search For Better Health Topic 13: Diseases of Plants

A Search For Better Health Topic 13: Diseases of Plants

Searching for Summer - . by: joan aiken. vocabulary. disengage: to detach or remove oneself rudimentary: very basic, in

ILS 501 Unit 3 Searching Issues - . the rise of search. pew internet and americal life project. search is the 2 nd most

Quarantine - . what is quarantine. is the isolation from the general population, of humans, animals or plant matter

PPT 1b – study of disease - . lesson objective – to learn how disease is researched and defined . task 1 – in