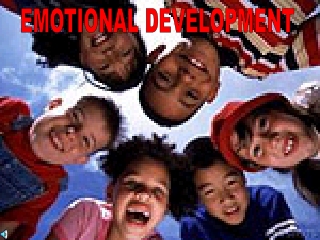 EMOTIONAL DEVELOPMENT. 4 Areas of Development. Human beings develop in 4 different aspects of growth. The areas are all inter-connected, so when one is affected it may influence the others. Social. Physical. Intellectual. Support emotional and psychological development of children of the same age - . understanding of self. emotional and

Super 7! - . developmental stages and characteristics of children at age 7, with a focus on social and emotional