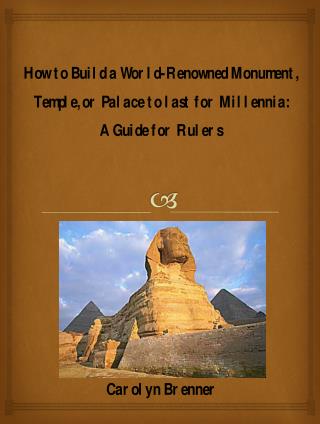 This book is dedicated to all the builders: the workers, the architects, and the leaders, who gave us the world’s most spectacular structures. For millennia we have been in awe of the designs and skills that brought about the monuments in this book. . On the Cover: The Sphinx, Egypt

Study Guide: Egypt and Kush - . what was the geographic location and noteworthy physical features of ancient egypt ?.