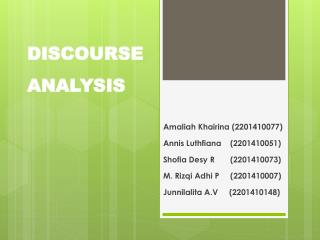 Discourse Structure in Generation - . julia hirschberg cs 4706. today. models of discourse structure do we have them?

Political Discourse Analysis - . language, media, and politics (with a special focus on the representation of islam, in