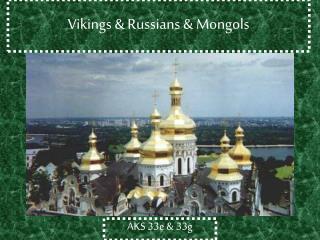 All about kennings - . (from the vikings to the present day). by the end of the lesson we will be able to:. 1. define

VIKINGS - . vikings in europe. vikings invade from the north: from about 800-1000 c.e. invasions destroyed the

Mongols - . “the mongols made no technological breakthroughs, founded no new religions, wrote few books or dramas”