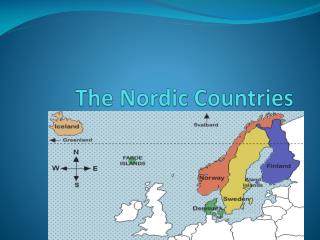 D á lea po werpoint - . sápmi. history. founded in 1989 meet the need for education among the sámi people. the nordic

Telecommunication Markets in the Nordic and Baltic Countries - . - per 31.12.2012 -. about the database . established

The Nordic Social-Statistical Committee (NOSOSCO) - . “ do the pension systems encourage the elderly to be active in

Future Nordic Grid Investments Ulf Moberg February, 2007 - . what we are and what we do what we are doing what we will

Pension Reform in the Nordic Countries - . a model for the other eu member states? arne paulsson sia sweden cicero

Status and potential for the aquaculture industry in the Nordic countries - . knut a. hjelt dep. managing director