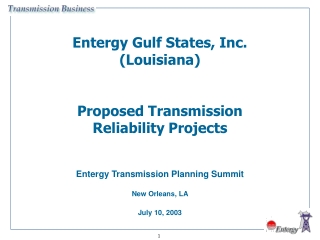 The Gulf of Mexico - . by: erin, kyle, trace, &amp; swayze. about the gulf of mexico. southern coast of united states

From the Bayous of Louisiana to the Gulf of Alaska: - . bringing real-world s cience into the classroom: earthwatch live