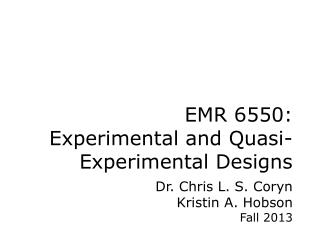 1. Preprocessing of FMRI Data - . fmri graduate course october 22, 2003. what is preprocessing?. correcting for

Experimental Research – Group Designs - . population and sample. sampling. sample should be representative of

Experimenting with Experimental Brain Science - . dr. michael raucci. education is not the filling of a pail, but the

The Overall Agenda - . when will we ever learn: general introduction to impact evaluation when random assignment is