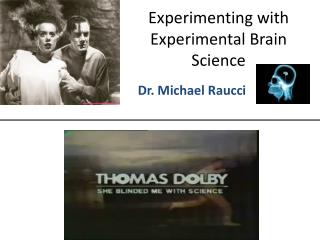 Experimenting with Experimental Brain Science. Dr. Michael Raucci. Education is not the filling of a pail, but the lighting of a fire. William Butler Yeats. The Art of Teaching. The Science of Teaching. Philosopher.

Today is a great day to learn about your BRAIN!!! - . human brain. how do we know about the brain?. eeg - electrical

Introduction to the BRAIN - . (and neurons). brain brain dump. on the paper around the room, write what you know about

The Blissful Brain: Neuroscience and proof of the power of meditation Dr Shanida Nataraja - . structure . general