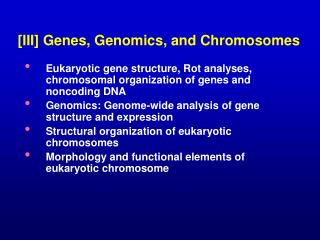 Chromosomes, Mitosis and Meiosis - . chapter 10. learning objective 1. what is the significance of chromosomes in terms

How Proteins Are Made CHAPTER 12 - . dna, genes, chromosomes. how does a chemical control so much?. intro to dna video.

The Chemistry of Heredity - . by the 1940's, there was no doubt of the existence of chromosomes and that genes were on

DNA Technology and Genomics - . why?. understand the way in which plants and animals, including humans, develop, function