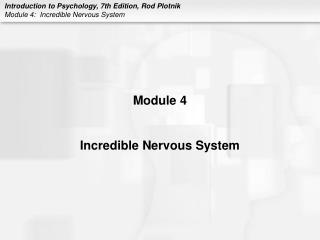 Module 4. Incredible Nervous System. GENES & EVOLUTION. Genetic information brain and body developed according to complex chemical instructions that were written in a human cell no larger than a grain of sand Fertilization Zygote Chromosomes Chemical alphabet Genes and proteins Genome