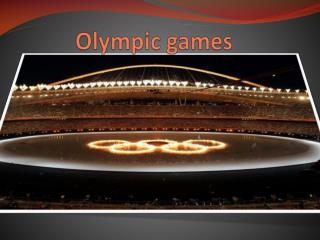 Olympic games . There is a great number of myths about the origin of the Olympic Games – one is better than the other.