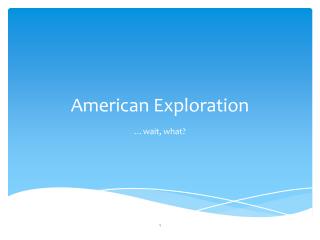 The American Revolution - . the american revolution. the colonies were generally unprepared for war. unformed nation 1/3

Exploration and Exploitation - . objective. describe the role of mercantilism and imperialism in european exploration and