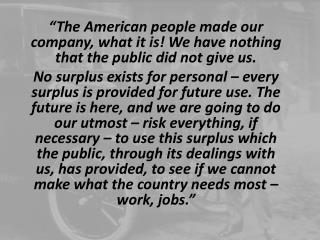 “The American people made our company, what it is! We have nothing that the public did not give us.