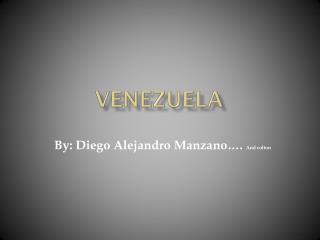 Venezuela. By: Diego Alejandro Manzano …. And colton. Branches of Government.

Staining of Parasites 2 - Medical parasitology lab. staining of parasites 2. infect human and most mammals. the infective