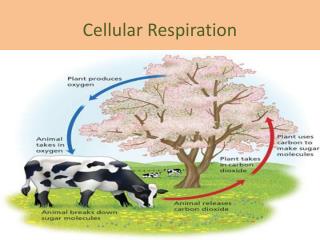 Cellular Respiration. Chemical Energy and Food. Food is the energy source for cells. The energy in food is measured in calories. A calorie is the amount of energy needed to raise the temperature of 1 gram of water 1 degree Celsius. There are 3811 calories in one gram of sugar glucose.

22 - . the respiratory system:. definition of terms. ventilation : breathing in and out respiration : exchange of gases,

Enzymes, Photosynthesis, &amp; Cellular Respiration Entire Unit - . 2012. goals for the day. be able to describe all

Respiration - . q1. give the technical term for the windpipe – the tube between throat and lungs?. a1. trachea. q2. the