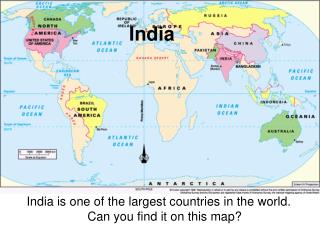 India. India is one of the largest countries in the world. Can you find it on this map?. India. Here it is!!!. Chembakolli. Life In a Village. This is a map of India. Chembakolli is a village in the south. Chembakolli.