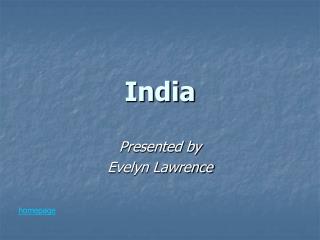 India. Presented by Evelyn Lawrence. homepage. India. India has well over a billion people, 1,095,351,995- (2006 est. ). India’s economy today is the fourth-largest in the world. Its economy is one of the fastest-growing in the world.