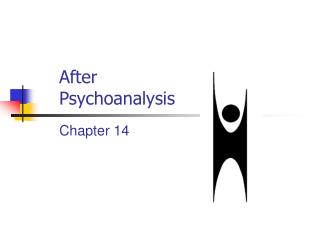 Freud’s Psychoanalysis: Beneath Consciousness - . psychoanalysis formally started in 1895, when freud – with his

Freudian Psychoanalysis - . freudian theory and its extensions. freud and desire. there is, said freud, an unbridgeable

Psychoanalysis - . the first theory to gain public recognition and acceptance, especially in europe and the americas.

Sigmund Freud - . austrian neurologist and father of the psychoanalytic theory. in the beginning. freud was born in

Chapter 13: Methods of Therapy - . learning outcomes. define psychotherapy and describe the history of treatment of