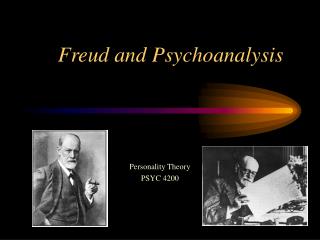 Sigmund Freud: Founder of Psychoanalysis Theory Student Edition - . based on a presentation by: valerie norka &amp;

Psychoanalysis - . developed by sigmund freud psychoanalysis is both an approach to therapy and a theory of personality

Psychoanalysis - . a person is an embodied being located in a spatio -temporal structure of things and events, so having

Psychoanalysis - . psychology initially defined as understanding of mental and emotional processes as they related to

After Psychoanalysis - . chapter 14. splintered movement. within 20 years of its founding freud never again spoke to the