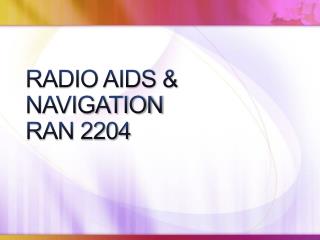 RADIO AIDS & NAVIGATION RAN 2204. What is RADIO?. Radio is wireless transmission through space of ELECTROMAGNETIC WAVES in the approximate frequency range from 10kHz to 300’000MHz . Radio Aid is a Navigation Aid Utilizing Radio Waves. What is NAVIGATION?.

HIV In Mothers and Children - . what is hiv/aids?. acquired immunodeficiency syndrome (aids) is caused by the human