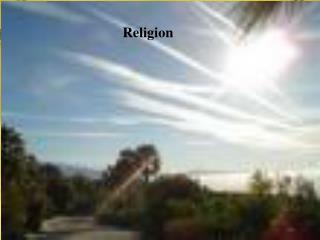 Religion. Religion is belief in a god or gods and the activities that are connected with this belief, such as prayer or worship in a church or temple. How many religions do you know? What are they? Do you have faith in a religion?