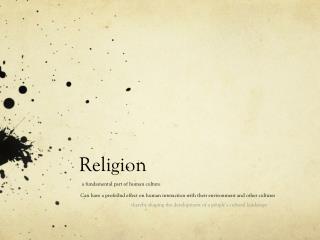 Religion. a fundamental part of human culture Can have a profound effect on human interaction with their environment and other cultures thereby shaping the development of a people’s cultural landscape. Religion.