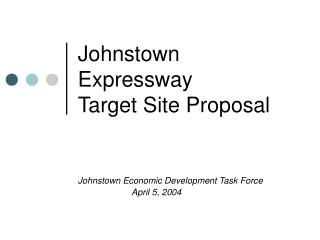 Johnstown Expressway Target Site Proposal. Johnstown Economic Development Task Force April 5, 2004. Purpose. To propose the Johnstown, PA market as a potential site for Target. Agenda. Who are we? Why the Johnstown market? Why this site? Why Target? What’s the proposal?. Johnstown Flood - . by : brooke wolfe. where did the flood take place?. the flood was in johnstown pennsylvania. what

Window installation johnstown ohio - We are experts in the window & door business. we install and repair entry doors,