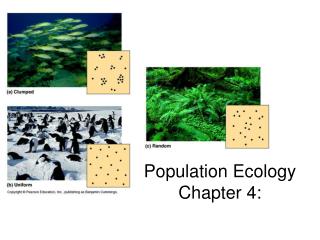 Ecology Basics Everything you should have retained from BIOLOGY! - . what is ecology?. eco – from the greek word for

Ecology - . alan d. morales, atc/l, m.ed. why study ecology?. it provide us with information that is necessary to

Chapter 9 - . applying population ecology: the human population and its impact. core case study: is the world