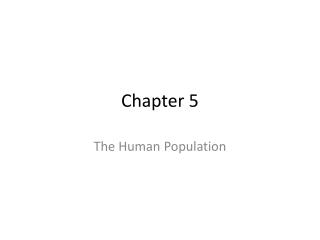 Chapter 5. The Human Population. From Raven & Berg – Chapter 8. Population biology . Principles of Population Ecology. The size of the human population is central to many environmental problems and their solutions Important that we understand how populations increase or decrease