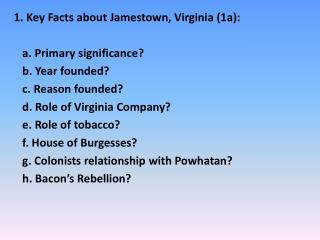 Virginia's Five Geographic Regions - . virginia is divided into five geographic regions. what are the characteristics of

Bellringers - . # 1-85. bellringer #1. the house of burgesses was the building in which the virginia government met. the

2007 Required Ethics CPE for Virginia Registered CPAs and CMAs/CFMs - . based on virginia board of accountancy outline