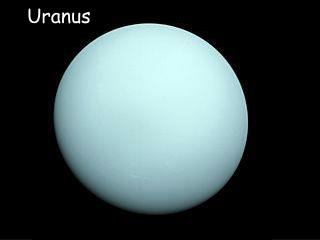 Uranus. 0. Uranus. Discovered in 1781. 4 times larger than Earth (in radius). 14.5 times the mass of Earth. Faint rings, indirectly detected through occultations. Rotation axis inclined by 97 0 against the orbital axis: Uranus is “rolling” on its orbit.

Welcome you are on your journey Uranus - . hmmm. how did uranus get it’s name. ha-ha it was named after the greek sky