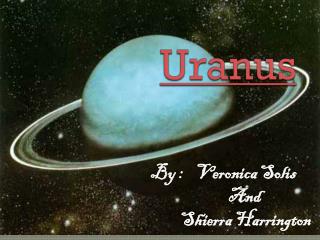 Uranus. By : Veronica Solis And Shierra Harrington . History. Uranus only has two symbols and this is the second one. William Herschel. This is Uranus's first symbol . William Herschel discovered Uranus.