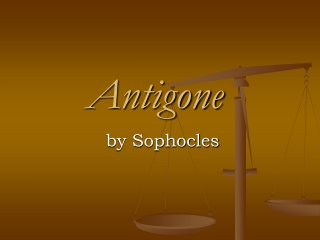 Antigone. by Sophocles. Greek Drama. Greek drama was performed at annual festivals in honor of Dionysos – the god of wine and fertility. Greek tragedies like Antigone often revolved around well-known myths and heroic legends. Greek plays were performed in outdoor amphitheaters.