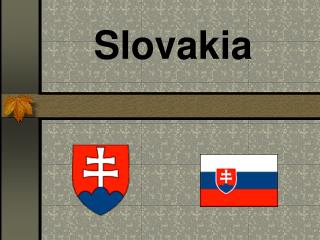 Buy Watches Made in Slovakia - At biatec we would like to design elegant and stylish, yet simple watches, inspired by our

Slovakia - . some facts about it. slovakia. ' slovensko ' is the slovak name of slovakia, a small country in central

S L O V A K I A - . this is our country in the middle of europe. the capital city is bratislava. hungary, ukraine,

SLOVAKIA presentation!!! - . enjoy. we are right in the geographic centre of europe. state symbols. national flag.

SLOVAKIA - This product was created with a support of the european commission. slovakia. kebych bol, ako nie, sokol

Science of Slovakia - . zuzana košelová 3.d gjar. the slovak academy of sciences has been the most important scientific

Welcome to Slovakia - . the country is situated in the mid d le of europe and it has the boarders with the czech