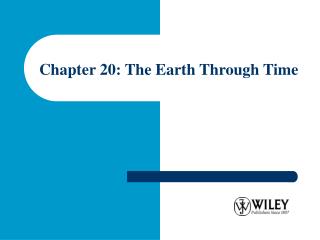 Chapter 20: The Earth Through Time Chapter 20: The Earth Through Time. Introduction: Tracking Past Plate Motions (1). The evidence in support of plate motions comes from measurements made with the Global Positioning System (GPS). However, evidence of past plate motions is not obtained through GPS.

Chapter 20: The Earth Through Time

The City in Space and Time - . the human mosaic chapter 10. introduction. imagine humankind’s sojourn on earth as a