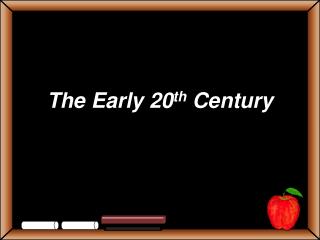 EUROPE IN 1500: THE AGE OF THE NEW MONARCHS - . the early 16 th century was the age of the prince, the first stage of

BAROQUE the 17th century and in certain areas much of the 18th century - . about 1600 when rome re-emerged as the centre

Life At The Turn Of The 20 th Century - . honors us history mr. basich. section 1: objectives. by the end of this lesson,