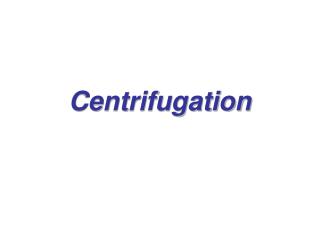 Centrifugation - . a centrifuge is a useful device for chemical separation and a good example of circular motion. the

CsCl centrifugation of DNA over time developed by Meselson and Stahl - . we will talk about this again in a later