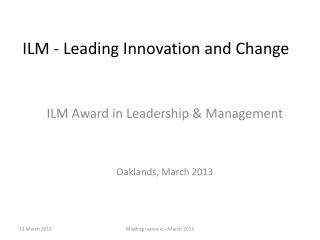 Leading Learning for Sustainable Change James Nottingham - . “we learn more by looking for the answer to a question and

Leading Change - . your role in improvement. “when we are dealing with people, let us remember we are not dealing with