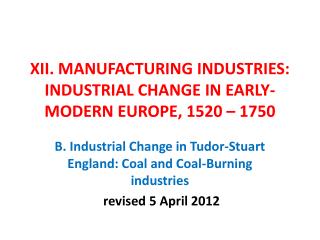 1750-1914 Review - . industry and imperialism. the industrial revolution. began in britain due to a gricultural r